In his abstract paintings Martin Facey seeks not only to reconstruct, but also synthesize the language of landscape. Images of horizon lines, striated formations, and circular substructures are created with layer upon layer of paint. This process produces beautifully rich surfaces and vivid colors. Currently, Martin Facey was an Associate Professor of Art at the University of New Mexico, Albuquerque, New Mexico.

Martin Facey lives and works in the North San Diego area of Southern California and maintains a studio in the mid-city-Crenshaw area of Los Angeles.

Raised and educated in Southern California, Martin Facey is a mid-career artist currently fascinated by botanical seed germination, a visual wonderland of microscopic processes such as heat, light, time, and humidity: all working in tandem to generate new life. The Seeds are new paintings and prints that mirror life formation itself. More in wonder than social criticism, Facey’s new work calls attention to the fragility of life on Earth and to the undeniable interconnectedness of all life. (See: New Work: Seed.)

Originally a film-making student at UCLA, Martin Facey was attracted to the art department by influential teachers such as Joyce Trieman, Bill Brice, Lee Mullican, Lynn Foulkes, and Richard Diebenkorn. Facey received two graduate degrees in painting from UCLA, and in the 1980’s a sequence of one-person exhibits at Santa Monica’s Tortue Gallery established his work as a critical and commercial success.

Both the John Simon Guggenheim Foundation and the National Endowment for the Arts have awarded Facey’s work with Single Artist Fellowships in Painting. 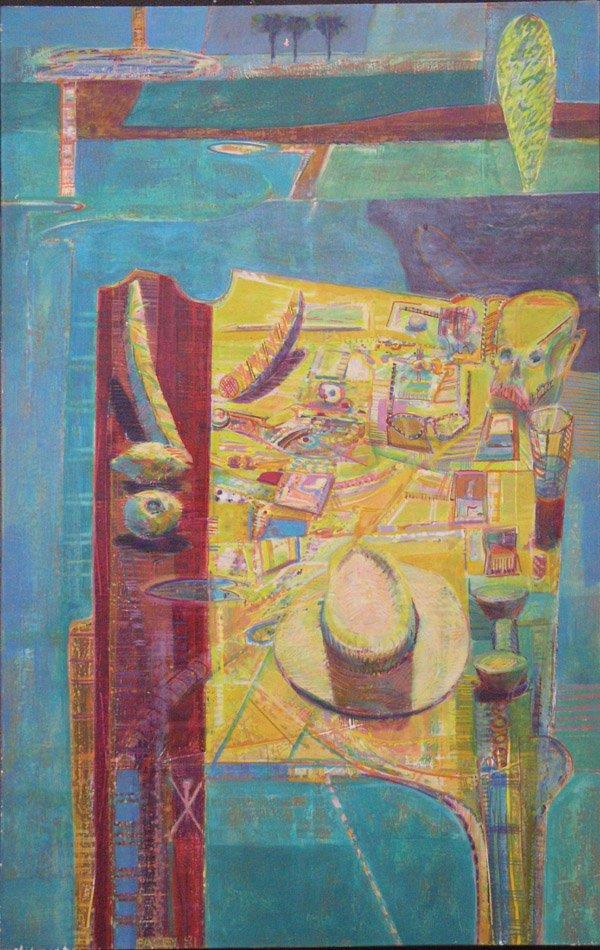 Martin Facey has been an celebrated teacher of visual arts since 1980, first teaching at Santa Monica College and at UCLA where he was visiting faculty member from 1983-1985. In 1986 Facey joined the faculty at the University of New Mexico where his long teaching career was capped by a three-year stint as Department Chair from 2003-2006, a particularly successful period of renewal for this very large department of both art practices as well as art history.

Facey returned to his studio/home in Southern California in 2007 to resume a concentrated creative life.